There Is Only One Response 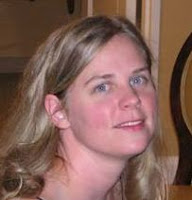 As a self-published novelist, I am constantly working to publicize, market, distribute, and sell my book. I am a writer who wants to make money from selling the books that I've written. Recently, when I was discussing my sales endeavors, someone said to me that writers should not expect to make money - for most writers it is enough that people are buying their books and reading them. So, if all the money goes to other people along the chain that gets books into the hands of readers, writers should not mind.

I was discussing this conversation with my husband, who is a TV writer. He said, "There is only one response to the argument that writers should not expect to be paid for their work, and that is FUCK YOU."

Profane? Yes. Harsh? Yes. But it accurately conveys a writer's anger and frustration at the utter disrespect or, worse yet, the deliberate exploitation motivating such an argument.

If you are a writer, then I know that at some point in you career, someone has expected you to write for no money, or to write for just enough money to cover costs, or to write for a great deal less money than the amount received by the entities that help make your books available to readers. Some of you may have even been asked to pay in order for someone else to sell and make money off your work. Where does this idea come from, that writers should write merely for the love of it?!

Okay, the next time someone suggests to you that writers should expect to make no money, you shouldn't curse at them, though you may really want to, because such a response would not further our attempts to achieve recognition as people who do work deserving of compensation.

But you could say something like, "Oh, and should Honda make cars for no money, just for the sheer love of driving?"

"Or what about Coca-Cola? Should Coke forego all profits simply because they love the taste of Coke so much and really want others to enjoy it, too?"

"Should Ivory distribute soap not for money but for the love of cleanliness?"

But, some might argue, these products are not artistic, which is a very different thing.

Okay. Should Josh Groban get a second job to support himself as he funnels all of the profits from his music hobby to marketers, publicists, concert coordinators and record companies? Should he earn no money from his CDs and sing just because he loves it so much?

Should Kristen Stewart and Robert Pattinson have earned no money for the Twilight movies? After all, they were unknowns when they were cast, and the exposure from the films should have been payment enough. And come on, any actor should feel lucky to be in those movies without getting uppity and demanding payment on top of the privilege of being cast.

You might argue that Josh and Kristen and Robert's products sell A LOT of inventory, thus justifying the money they make. True, the more you sell, the more you earn. But writers should make their fair share, regardless of how little the pot of money earned from a book might be. After all, Kristen and Robert did not play Bella and Edward for free, told they were not going to make a dime until everyone else made a bundle. And that is so often what writers are expected to do - take whatever money might be left over after everyone else is paid in full.

Writers refusing to take egregiously unfair contracts that strip them of almost all rights for very little in return is one step to empowering writers to the shocking point that they earn money for their work. I know this could be very hard indeed for an unpublished writer desperate to cross over into the world of publishing. But keep in mind that today, the writer has options. A writer can self-publish - thus keeping her or his rights and getting a bigger share of the profits for all the hard work a writer does. Many established, published writers are choosing to go self-published. Why? If you are one such writer reading this blog please answer in the comments. I'd love to hear from you! I suspect you may see a better deal for yourselves in self-publishing.

Now, I must urge you to consider this: as a self-published author, do not let anyone tell you what your fair share is. Self-publishing is emerging, nascent, and constantly developing. There is no industry standard. If someone tries to squeeze you into the framework of traditional publishing standards, well, refer them to my husband and he has two words for them. As writers, as we charge into this new era of independence, we have to be ready to look at things honestly, stay wary of exploiters, do our research, stay tough, and pave our own ways into artistic control and solvency.

I am a writer. I create products made of words and white space between the words and numbers. I sell these products to people. As a result, I expect to make money.

author of
She Likes It Rough

"All Summer on a Date"

Queen of the Universe coming this Fall
Posted by Geralyn Corcillo at 9:14 PM